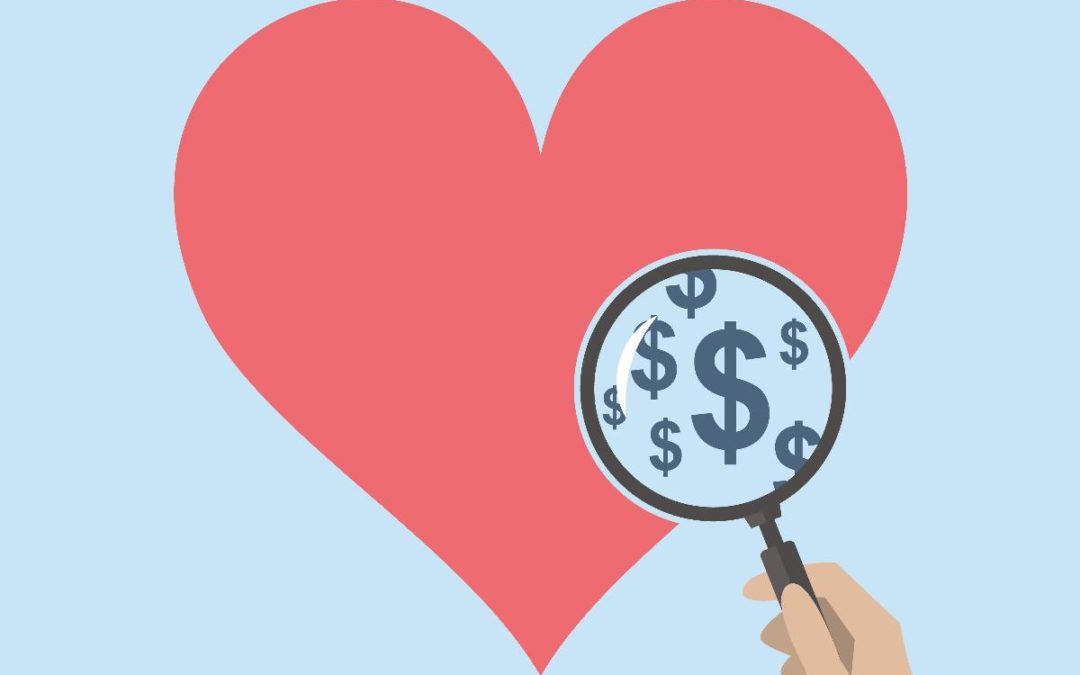 When Harry met Sally it seemed like their differences complemented one another.

He loved it that she was responsible and “good with money.” Even though he made a decent salary, Harry seemed to live from paycheque-to-paycheque and never knew where his money went. Sally helped him get things under control. And Sally appreciated Harry’s spontaneity and sense of fun. If she mentioned a play she wanted to see, he’d buy the best seats for the next available performance.

Now it is ten years later and they are parents of twins. Harry and Sally’s differences threaten to undermine their relationship. Each is frustrated by the other. Sally is anxious that Harry’s free-spending ways mean that they won’t have enough savings for retirement. And Harry feels judged whenever he buys something. Every time they try to talk about money it ends in accusations and bad feelings. And now the hostility is affecting other areas of their relationship.

Can a saver and a spender find happiness together? Yes – as long as they are honest about their differences, communicate openly, and share some core values.

Both Harry and Sally have legitimate points-of-view. Sally is correct that if the couple doesn’t put enough money aside, they won’t meet their goals of a comfortable retirement and helping the twins through university. And Harry also has a point when he says that their quality of life would be compromised if they focused too narrowly on these future goals. Yet if they have this conversation every time they need to make a financial discussion, frustration will set in.

Instead of frequent, frustrating conversations, Harry and Sally need a plan. If they can agree on some common financial goals and priorities, then their different attitudes to money shouldn’t undermine their relationship. They need to sit down, do the math and work out some numbers. They have to figure out how much they need to set aside for expenses and savings, and how much is left for “free” spending. After that, they can revisit the numbers on an annual basis, or whenever their financial situation changes.

If Harry and Sally have been arguing about money for the better part of ten years, this conversation might be very difficult. In order for them to reach a durable understanding, they might need help from a neutral third party. A good financial advisor should be able to help them arrive at appropriate numbers, and also help them explore their different attitudes to finances.

The practical issues – figuring out proper amounts for saving and spending – are actually the easy part. Harry and Sally also need to have a frank conversation about money and what it means to each of them. Sally needs to tell Harry that, when he makes an extravagant purchase, she worries about their future. And Harry should explain to Sally that he feels infantilized when she quizzes him on his spending habits. If each can understand the impact of their behaviour on the other, it will help both stick to the plan.