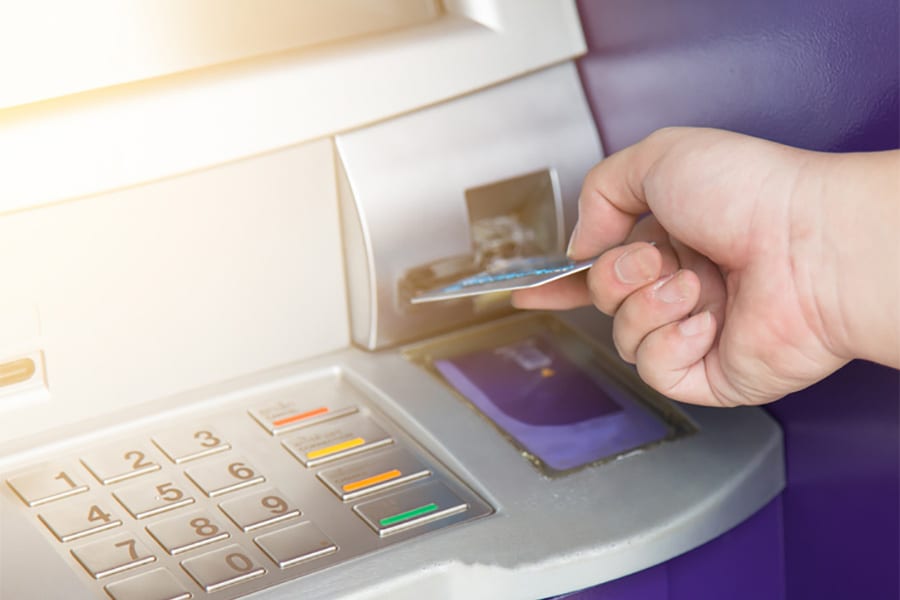 The trends that shaped personal finance and the financial services industry over the past 20 years.

There are many “decade in review” articles these days, but few that cover a 20-year period.

2020 represents the 20-year anniversary of the creation of Caring for Clients, one of Canada’s first fee-for-service, Financial Planning and Wealth Management firms. So, as the company founder, I feel somewhat qualified to identify 20 impactful trends in the Canadian financial services industry over the past two decades.

The first major trend I’ll tackle is Technology, starting with:

Technology began transforming how Canadians experience the delivery of financial services and how they manage their finances well over 20 years ago with the introduction of the Automated Teller Machine (ATM) by CIBC in 1969. In the early ‘70s I remember watching my Dad walk up to the outside of a bank branch, touch a few things on the wall, and magically return with cash in hand. 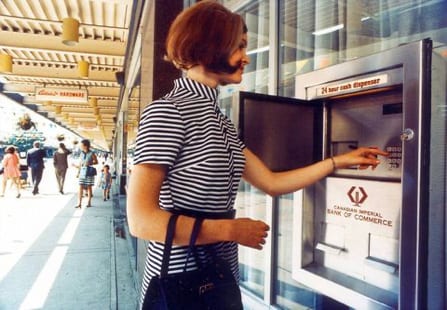 That’s not my Dad in the picture, but my mom used to style her hair like that!

According to www.Transferwise.com, in 2017 there were over 65,000 ATMs in Canada.  I remember that it took a while for them to catch on. As a teller for a credit union in 1991, it took a couple of years before our members used the ATM machines en masse rather than visit the teller wicket. As a teller supervisor one year later, I was still scheduling 13 tellers for our 13 wickets for the rush on Thursdays, which was payday for our members. By the time I left the credit union as a branch manager 5 years later in 1996, the branch was scheduling only 6 tellers on average for busy days, and 3-4 otherwise.

The impact on consumers

Those early ATM adopters counted every bill each time to make sure they weren’t short-changed. I don’t recall our machine ever making a mistake, but we did have to rescue a few cards that got “eaten”, probably because the client was overdrawn or late on loan payments.

I think it took a while for members to make the switch from teller to ATM because a visit to the teller was a pleasant social break in their otherwise standard workday.  The tellers knew the members well. They asked about their family, latest vacation, and acknowledged a new haircut.  The members were equally interested in how my staff were doing.

But eventually, either because life got faster, or because their confidence in the machines increased, or both, ATM usage increased and there were fewer personal interactions.  I don’t know if consumers of this era miss those regular interactions or not.  Feel free to share your memories if you recall. Many of today’s younger consumers likely can’t easily imagine the bank teller as part of their “social” circle.

Fewer tellers needed meant one of two outcomes for tellers. Skill up to play a broader advisory role with customers if the opportunities existed, or find new employment. Flash forward to today, and unfortunately, the broader advisory roles in most banks and financial institutions are sales roles disguised as advisory positions. An entire entry-level financial services role that does not require a University education has virtually disappeared. With fewer customer visits, many banks closed branches where overbuilt. Some small communities ended up with no bank branch at all. It’s why in Toronto, at least, many former bank branches are now coffee shops.  One of my clients even lives in a former bank branch since converted to a personal residence.

I believe that the number of ATMs has peaked and will now begin declining.  We are not yet a cashless society, but we’re getting close. The machines are used less, and are expensive to maintain and service.

So, was it good for personal finance?

Increased access to the machines made spending easier. The roll out of ATMs preceded the large-scale shift to direct deposit and debit cards.  Easier access to cash is helpful to only the disciplined spender.  Everyone else gets convenience in the short-term and wealth erosion in the long term.  It also set consumers up for a new category of bank fees.  It was just the beginning of paying for transaction convenience.

While there are benefits, becoming disassociated from our money is a risk of a cashless society.  More on that next.

Next up: The Internet – An information highway littered with accidents